This Traditional Oak Orangery extension is a perfect example of how to successfully maximise light and space whilst inviting the garden into the home. Opting for four pane bi-fold doors on two elevations, with glazing on the third and a lantern offers near panoramic views of the bucolic surroundings.

“ “IT HAS BROUGHT A TOUCH OF THE MEDITERRANEAN TO OUR HOME” ” 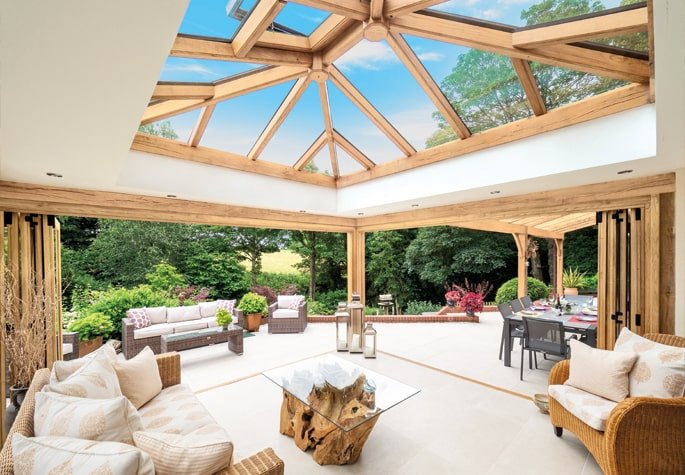 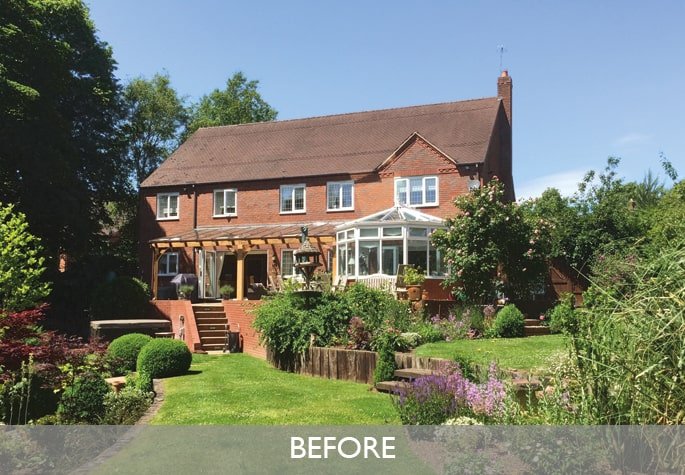 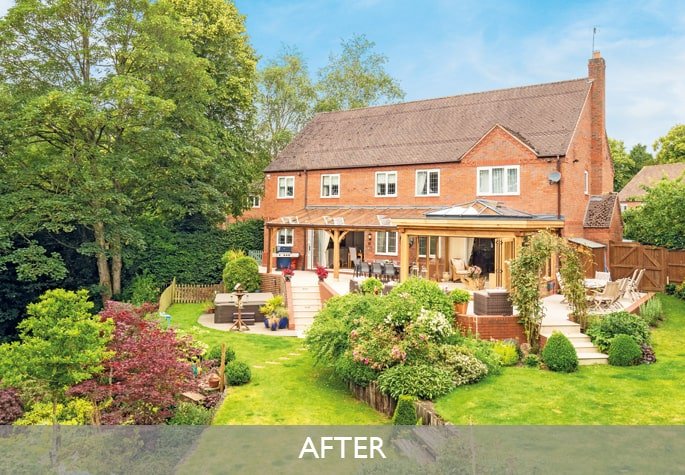 “We have always loved the rural aspect of our house and garden. The house originally had double opening doors from the kitchen/dining area and when these were changed to bi-fold doors, it opened up the patio, but it was lacking in a covered area so that the doors could be left open even when it was warm but inclement.

We were recommended to Prime Oak by a very good friend who had recently had a Prime Oak Orangery added to her property. She was very pleased with her building and the service they provided so we decided to contact them.

Prime Oak drew up plans for the Veranda and consequently were contracted to supply and install the structure. It was a fantastic success, we were so pleased with it! We made full use of the covered structure with a lounging/dining area but as soon as it was all finished, we realised how much it showed up the UPVC existing conservatory adjacent to our new Veranda.

We approached Prime Oak once again to replace the conservatory and to create an Orangery that not only attached to the veranda but to also had bi-fold doors to two of the three elevations to make the most of the rural view we enjoy. This gave several challenges structurally as we wanted the new Orangery to host bi-folds that spanned nearly 4m across both elevations, whilst also supporting the end of the Veranda, along with minimal internal posts and beams to give uninterrupted views of our majestic garden.

Prime Oak designed the structure to incorporate a steel support which is hidden within the build to give the great outside feel with the open doors and still support the weight of the Veranda.

During the strange year of 2020, we spent so much time enjoying the new Orangery and Veranda. It bought a touch of the Mediterranean to our home and is a joy to open-up each day. We are so thankful that we had such a beautiful extension to enjoy whilst being stuck at home.

We would be very happy to recommend Prime Oak’s products and services – where other companies said our vision couldn’t be achieved, the Prime Oak team were able to make this happen”

Back to Oak Traditional Orangeries